How To Date Your Fender Guitar: Checking the date range can be done by removing the neck of the guitar and checking the butt end of the neck heel for a stamped or written date (See picture for an example). Also, another good way to properly date Fender guitars is to check the components (pots, pickups, body dates). Fender neck plates were selected from large bins and it's difficult to properly date Fender's by neck plate alone. Please refer to an experienced guitar tech or luthier if you are not sure about doing so. 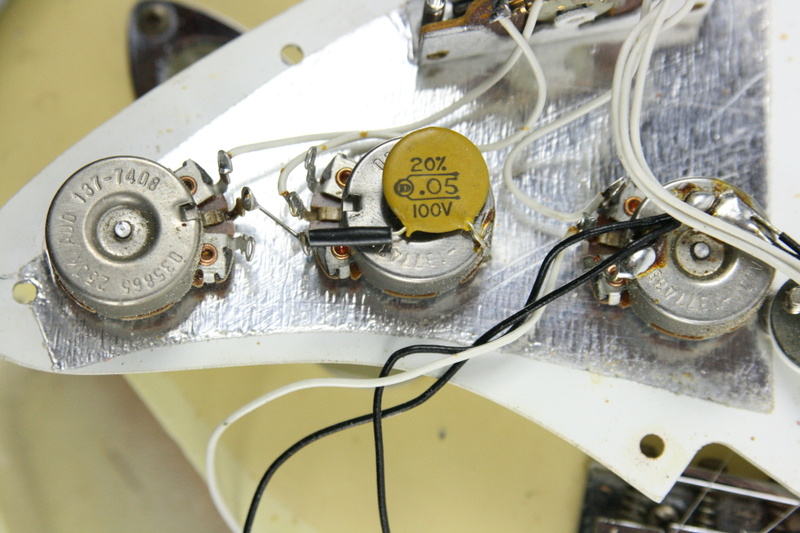 Fender serial number schemes from 1950-1964 contain overlap in numbers and years. Remember these serial number plates were just taken from the pile and

The Telecaster was introduced in 1951. It was originally called the Broadcaster and it was the first solid body mass produced electric guitar. 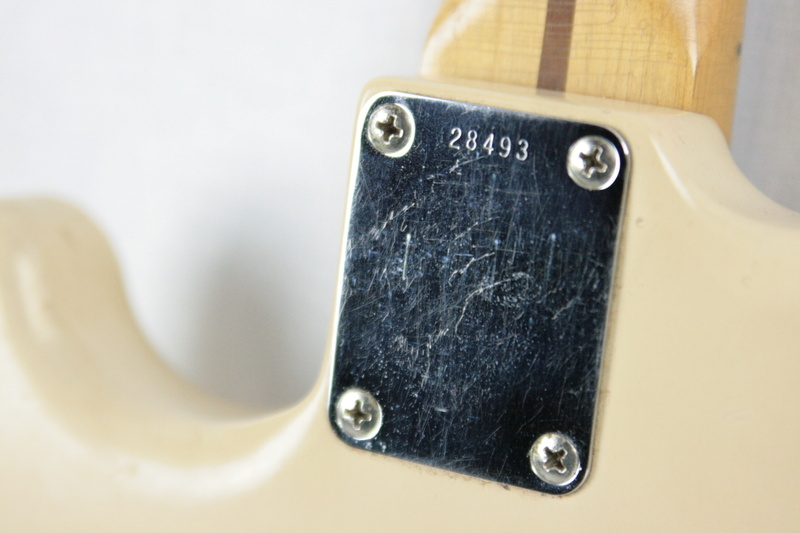 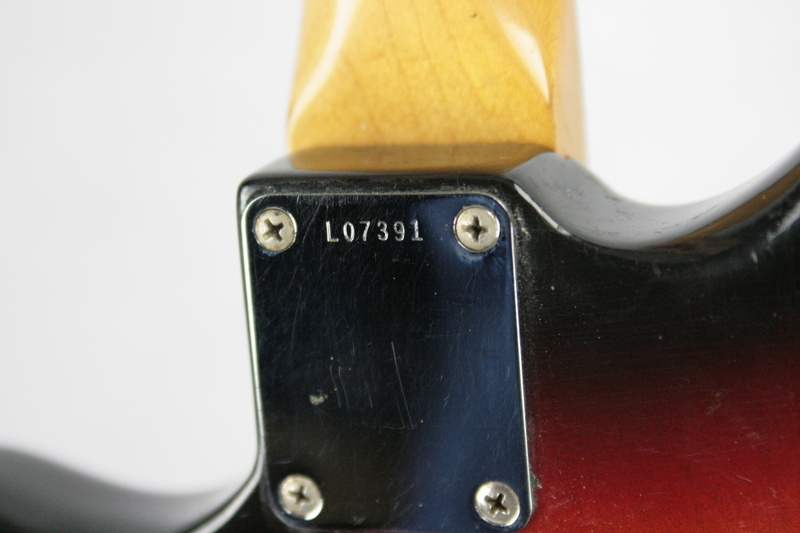 Fender was sold to CBS in January of 1965. Serial numbers of instruments did not change immediately as they continued using existing production tools and parts. 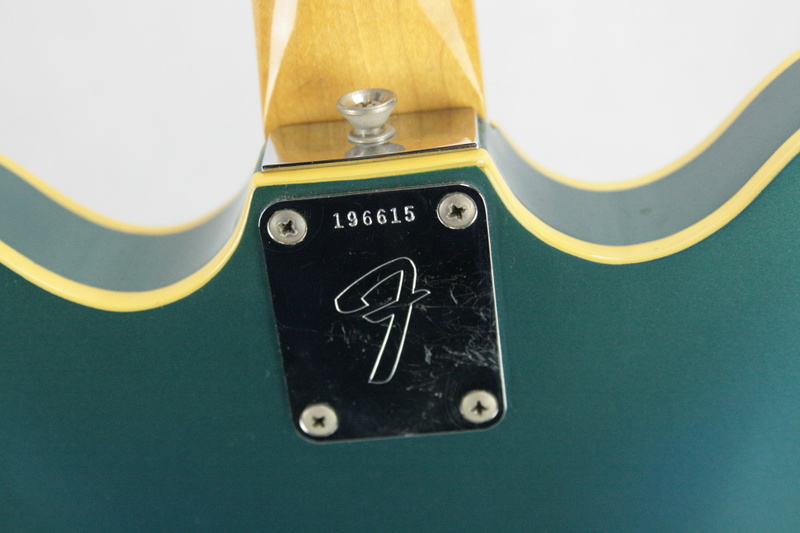 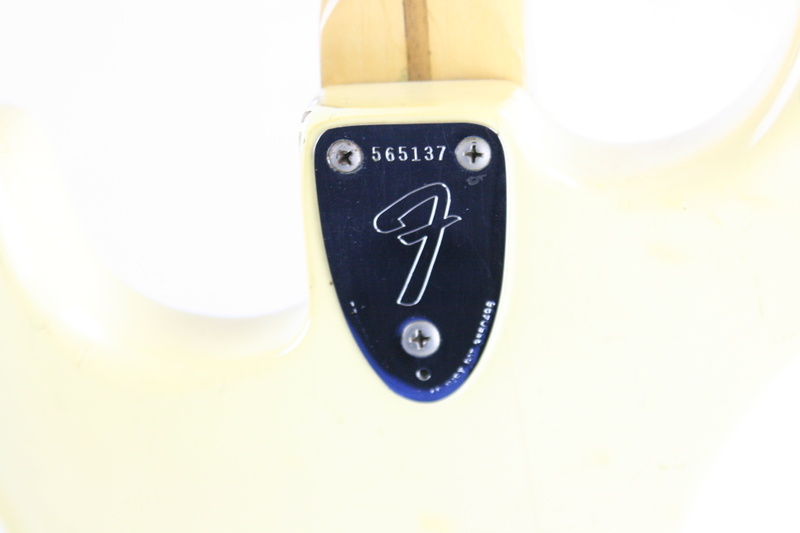 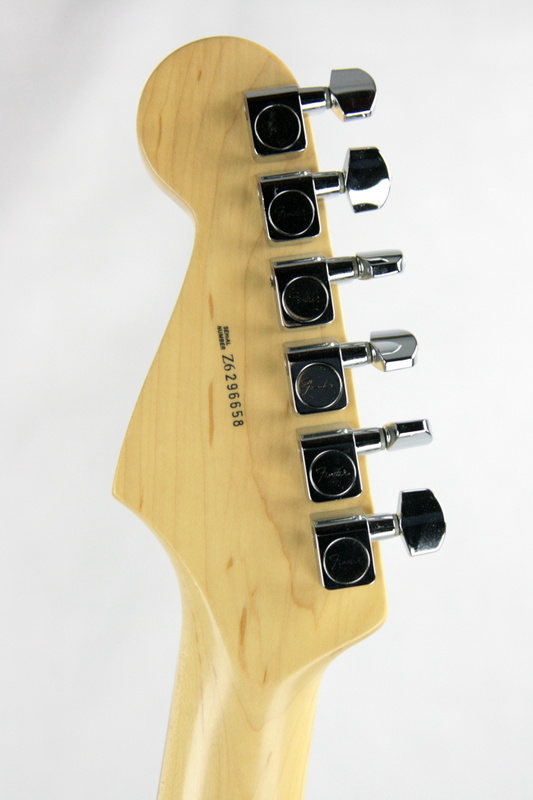 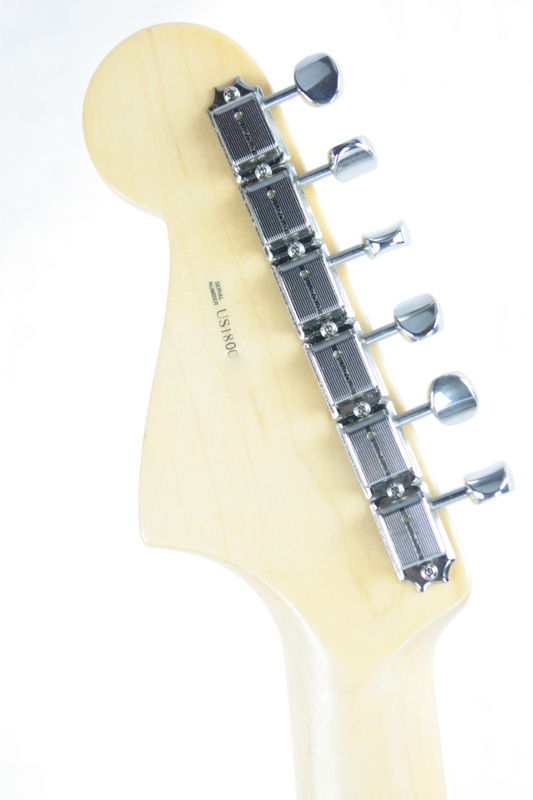 Fender Made in Japan Serial Numbers: