2010 Gibson Jonas Brothers Melody Maker Guitar w/ Ebony Board! This is quite a surprisingly nice guitar! Really a great model that would be much more expensive nowadays. It features...

This is quite a surprisingly nice guitar! Really a great model that would be much more expensive nowadays. It features two P90 pickups, real EBONY fingerboard, and full Les Paul headstock unlike other MM's!

The guitar is literally New Old Stock and is mint. The nice heavy gig bag is original. The guitar plays and sounds great and sounds like an expensive guitar.

Mahogany has a long history as a tonewood for premium electric guitars, and this light, responsive, fine grained wood also forms the cornerstone of Gibson USA's new Jonas Brothers Melody Maker. Created along the lines of the slab bodied Les Paul Special, yet with a slightly thinner body, this single cutaway design is archetypal Gibson, while offering a simplicity that appeals to many down to earth players, too. To make it all unique, however, Gibson finishes the guitar in nitrocellulose Satin White with an appealingly tactile texture, and tops it off with a custom JB shield graphic on the body front.

This guitar features a solid quarter sawn mahogany neck which follows the traditional full sized 24 3/4 inch Gibson scale length, and is glued into the body for optimum resonance and sustain. It is carved to the popular Melody Maker SlimTaper profile for speed and comfort, and carries a full thickness headstock like that of the Les Paul Junior and Special. For a bit of luxury, the neck is topped with a premium ebony fingerboard, as used in several of Gibson's up scale models. To up the ante on the Melody Maker's traditional narrow single coil pickups, Gibson includes a pair of genuine P90s with Alnico V magnets, traditionally a favorite single coil of countless blues and rock 'n' roll guitarists, and routes them through a simple array of master volume control, master tone control, and three--way toggle switch.

The Jonas Brothers Melody Maker reveals its pedigree right out of the box, with a solid--mahogany body that offers all the depth and sweetness of this legendary tonewood. It is crafted in the image of the Les Paul Junior and Special of the '50s, but with the slightly thinner dimensions of the original Melody Maker, and decorated in a Satin White finish with custom "JB" shield graphic.

A Corian nut with PLEK cut slots ensures optimum ring and sustain at the headstock end, while a rock solid, stud mounted wraparound bridge/tailpiece offers the time tested combination of simplicity and performance down in the meat of the body. Top it off with a set of vintage white button tuners, and you have got an instrument that is simultaneously timeless and contemporary.

The Jonas Brothers Melody Maker carries two of Gibson's legendary P-90 "Soapbar" single coil pickups, as originally seen on the Les Paul Junior and Special, and even the acclaimed "Goldtop" of the early '50s. These are routed through a simple array of master volume and tone control and three way toggle switch, for a no nonsense performance with rock solid power.

All this, and your Jonas Brothers Melody Maker comes protected in a padded Gibson gigbag 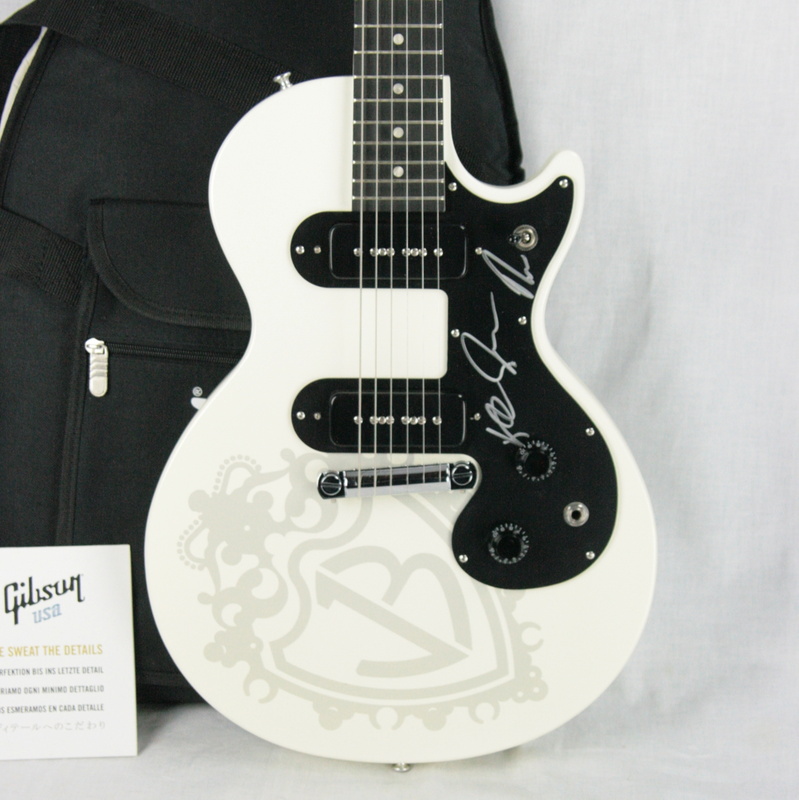 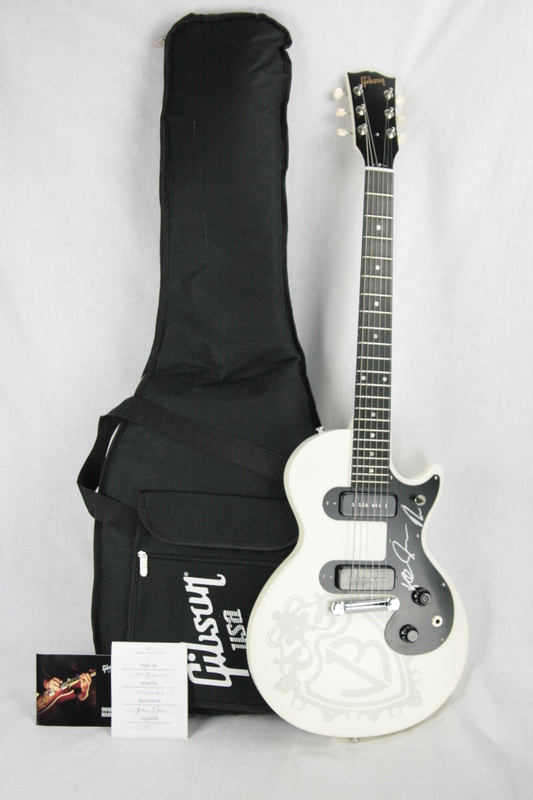 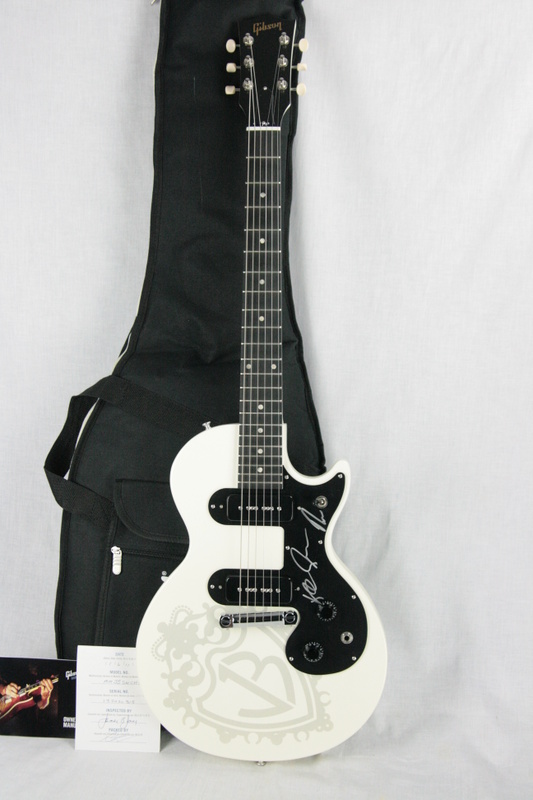 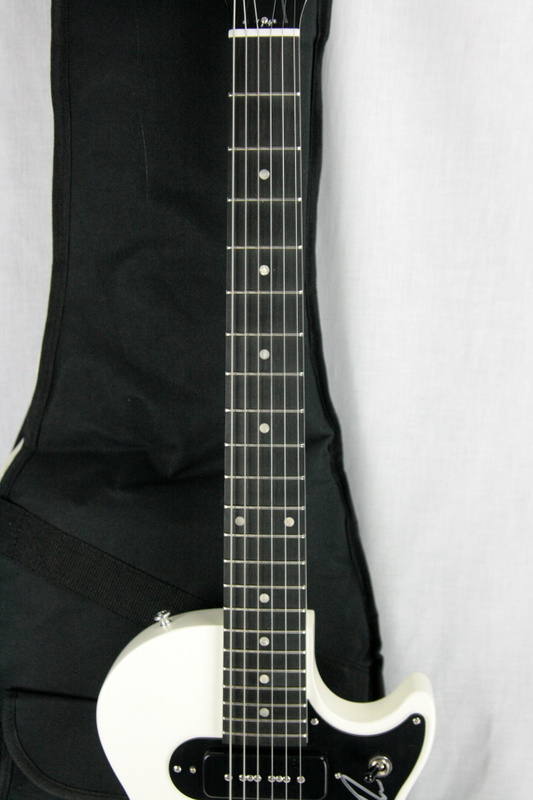 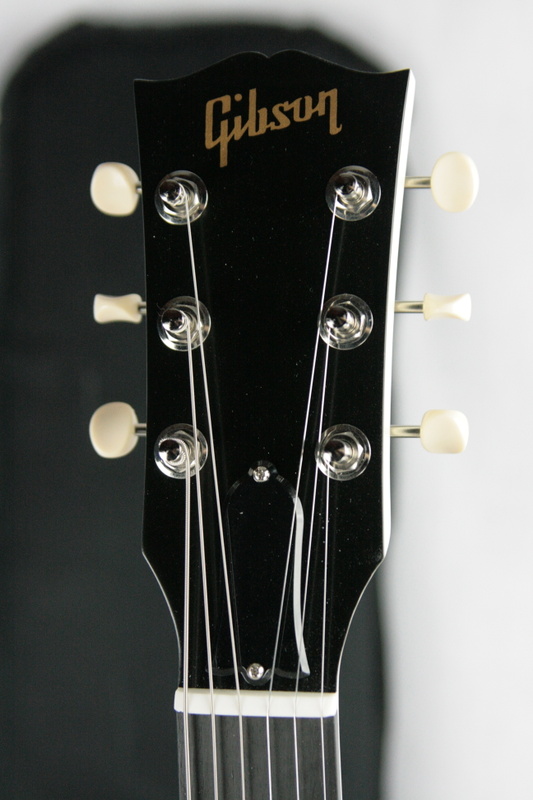 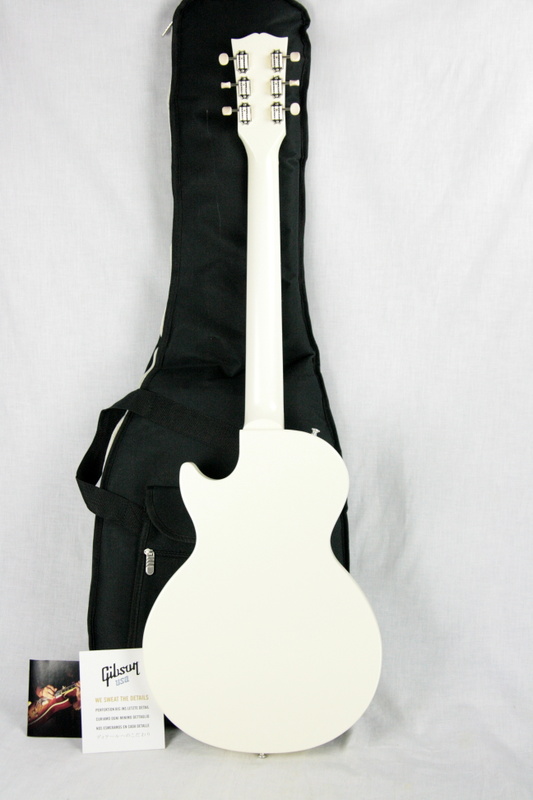 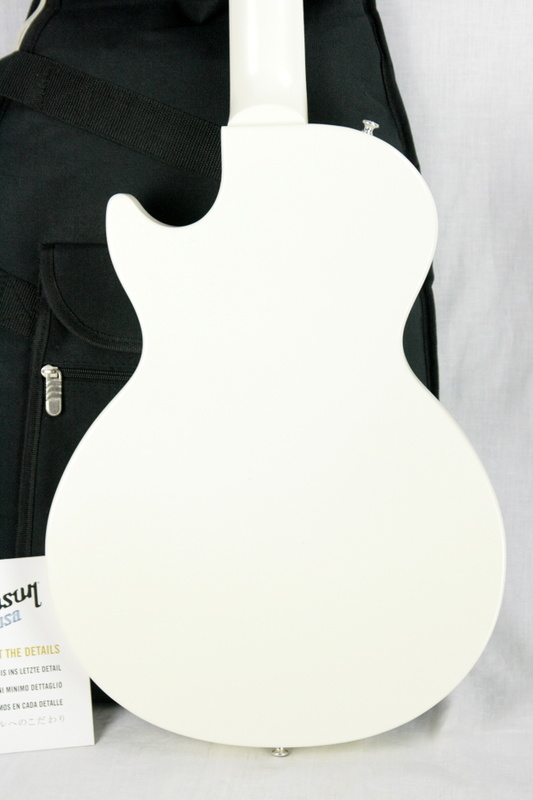 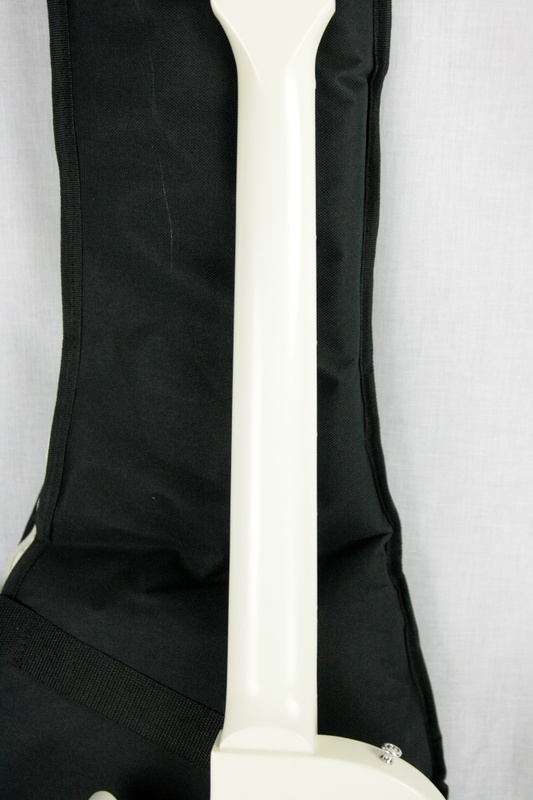 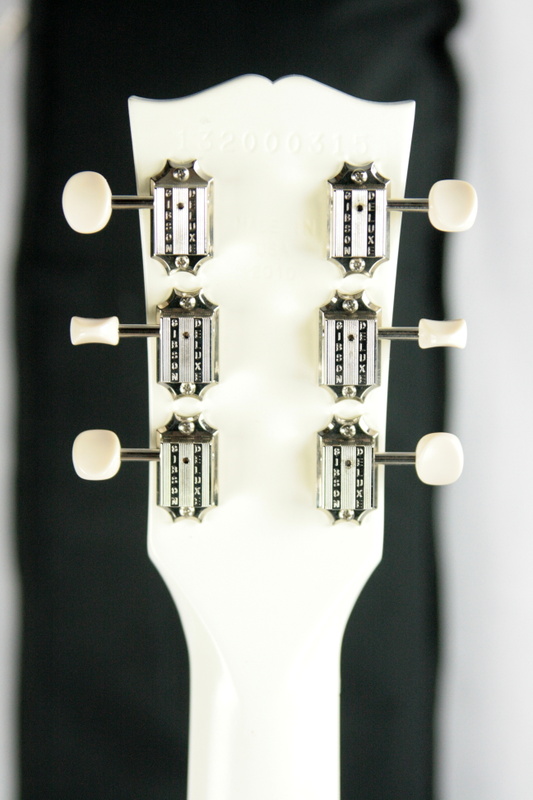 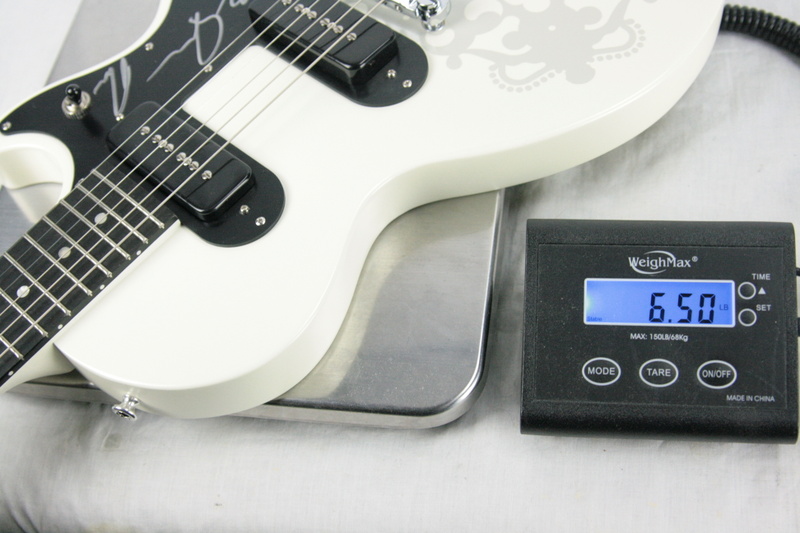